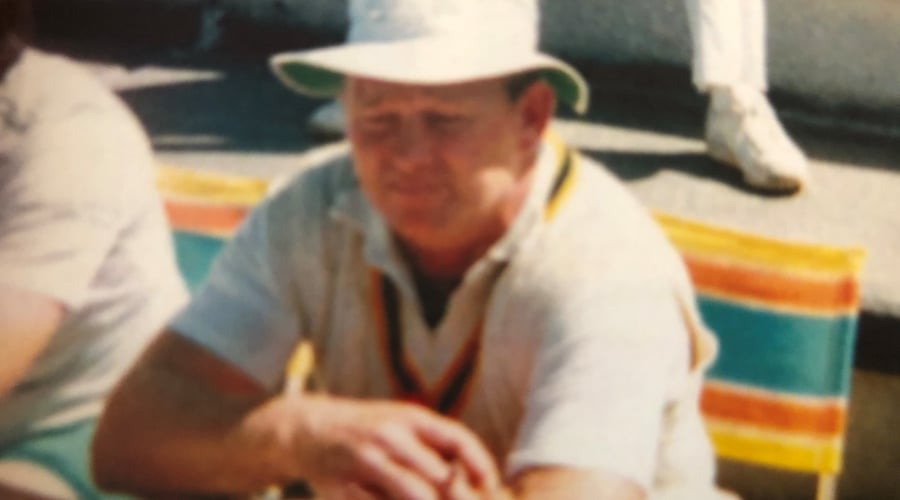 It is with much sadness that we advise the passing of Club stalwart and Life Member, Terry "Morrie" Morris.

Morrie joined the Club in the late 1960's from the then Glenfield Club. Morrie played across a number of grades for the Club and was a key player at the time the Club finally gained promotion to Premier Cricket.

Morrie was a very fine wicket keeper and a deceptively good batsman. Whilst his batting technique was far from orthodox he had fantastic hand eye coordination that allowed him to contribute many valuable runs in the lower order. In fact such was his batting contribution he was awarded the Senior Batting Trophy on 3 occasions That was in addition to being awarded the Senior Fielding Trophy several times.

Morrie played across 4 decades for the Club and as a player Morrie was known as a great team man with a heart and soul fully committed to the cause.

Morrie contributed off the field as a Club selector, was a very successful selector/coach of the Men's Premier side for a number of years in the early 2000s and was at the helm when the Club won its first ever Premier Grade Championship in the 2003-4 season.

Morrie took great pride in the Club and would often be seen down at Windsor Park in the summer and the winter as Morrie also made a huge contribution to the East Coast Bays Rugby Club.

Our thoughts and condolences go out to Morrie's family, especially son Grant and daughter Jenny and to all his friends across the 2 codes he loved greatly.