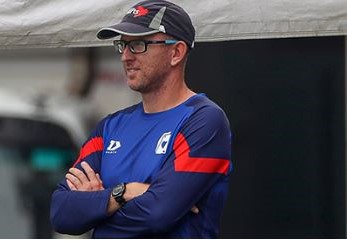 The Club is excited to announce we have appointed Nick White as our Coaching and Development Manager. As part of this role Nick will be the coach of the Mitre 10 Mega Albany Men’s Premier team.

Nick’s also taken a number of cricket teams on tours to Australia and India.

Nick said “it’s great to be returning to East Coast Bays where I’ve experienced success in the past. The Club has big ambitions with a strong emphasis on developing players at Junior, Youth and Senior levels, both female and male. I’m excited about the opportunity to play a key role in the Club achieving those ambitions.”

Nick replaces Michael Clark as coach of the Mitre 10 Mega Albany Men’s Premier team. Michael chose not to continue in the role for the coming season. The Club would like to thank Michael for the immense value he has added to the Premier squad over the last two seasons, firstly as batting coach then, last season, as the Premier coach. Michael will, no doubt, still be seen this coming season, walking the boundary whilst supporting son, Ashton.

As part of his role, Nick will also be picking up the coaching development activities that were undertaken by Jason Onslow prior to him taking up a role with Northern Districts.

Coaches the calibre of Nick don't become available very often so his appointment is a real coup for the Club.

Nick officially starts his role in August but he is delivering our series of Youth and Girls' coaching clinics in July. If you haven't already registered for these I'd encourage you to get in now before spaces fill up. You can register here