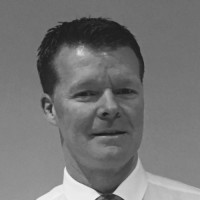 The Club is pleased to announce Michael Clark as a batting coach. Long time followers of Auckland cricket will remember Clark as a legend of Birkenhead City CC where he played 20 seasons and during which he set a host of premier cricket records including the most runs in a season (1502 in 1989/90) and becoming the first Premier player to reach 10,000 runs.

Clark was a regular in Auckland’s A side and captained that team on numerous occasions whilst making six first class appearances. But despite all these achievements it is his time at Birkenhead that he recalls most fondly: “I started at the club as a 15-year-old schoolboy batting down the order, and progressed to opening the batting and scoring 13,000 runs, 22 centuries and a double hundred. I loved my club cricket at Birkenhead.

“For Auckland I captained the 2nd Xl but didn’t get too many chances in first-class cricket. Some of my friends at the time moved to other provinces and ended up playing for New Zealand. I sometimes wonder if the grass would have been greener on the other side for me as well, but now I think it is great that players move away to get their chance in first-class cricket then return to Auckland.”

During his playing days Clark spent many winters in the UK as an overseas player and that is where he first gained experience in coaching: “I was player/coach of a team in Ireland for seven years and was coming back and doing the same role at Birkenhead.

“Eventually I took up teaching and coaching helped supplement my income, but when my daughter was born in 2002 I stopped altogether, however I always knew I would eventually get back involved.”

He then began teaching and coaching at Kings Prep School before returning to coaching with Takapuna at the start of the 2013/14 season. Since then Michael has spent time in Dublin and Belfast. Michael’s son Ashton is now part of the Club’s Premier Reserves team and Michael has spent a fair amount of time this season strolling the boundary watching his son play.

“My philosophy is that cricket is a simple game and preparation is the key. Prepare as you play, put the hard yards in and you will get the rewards. I believe you need to be organised, aware of your strengths, play to them and work on your weaknesses. If you can do that and enjoy your cricket and training you have a good chance of success.”

Jason said “it’s great to have Michael come onboard. There’s not many around who have his kind of experience. I’m excited about what Michael can add to the Club and also how he can help me develop as a coach”.