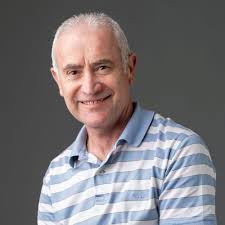 Congratulations to our Club Chairman, Rod Schmulian, who was elected as a Life Member at the Club's AGM on Monday night.

Rod started out with the Club coaching his son, Brad in the Junior grades. Did a pretty good job at that as Brad continues to have a very successful 1st class career with Central Districts.

Rod became the Club's Junior Chairman in 2001 through to 2005. On completing his term he remained on the Club Committee which over time evolved into a Board.

With Brad starting secondary school at Rangitoto College Rod took on the role of chairing their cricket committee. He continued in that role even after Brad had completed his schooling.

During all that time Rod continued his role on the Club's Board becoming senior selector and manager of the Men's Premier team. In 2015 Rod took over as Club Chairman.

Rod has also been one of the Club's appointed members on the Board of the Windsor Park Community and Multisport Hub.