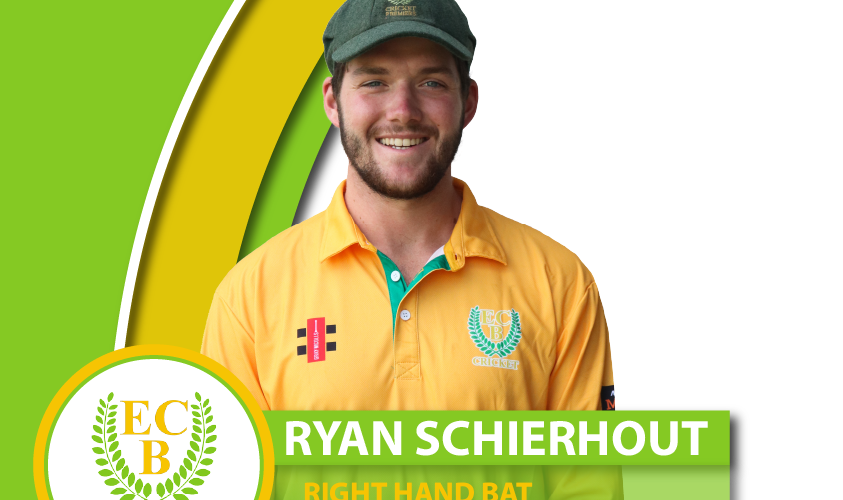 The Club is pleased to announce that Ryan Schierhout has been appointed as Captain of the Mitre 10 Mega Albany Men’s Premier side for the 2021-22 season.

Ryan started with the Club as a Year 1 Midget and played through all the Junior grades. Ryan played 1st XI cricket for Westlake Boys High School and has represented Auckland at U19 and Auckland A levels.

He made his Premier debut as a 16 year old in November 2015 and now has 80 Premier games under his belt. With 12 Premier 50’s and 5 Premier Centuries as well as 85 Premier wickets Ryan has enjoyed considerable playing success.

Premier Coach, Michael Clark said “we’re really pleased to announce Ryan as our Captain for this season. Ryan displays a lot of maturity for his age and has very good cricketing nous. He has a strong record of success and I look forward to working with him in what is shaping up to be a very good season at Bays.”

Club Cricket Manager, Jason Onslow said “Ryan is a true Bays man and an inspiration for our current crop of Junior cricketers. He shows that if you work hard on your game that you can progress through the Club and one day captain the men’s Premier side. Something for our kids to aim for.”

The Club is also pleased to announce that Kyle Kieser will be the Captain of the Mitre 10 Mega Albany Men’s Premier Reserve side for the 2021-22 season. Kyle captained the team in most of their games last season.