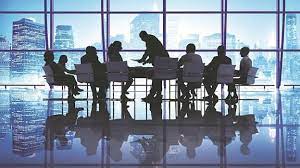 The Club’s Annual General Meeting (AGM) is being held on Monday 5th July at the Clubrooms, starting at 7pm.

At this AGM members will be asked to adopt a new Constitution for the Club. Nothing to be concerned about. It’s just that our current Constitution is out of date and doesn’t cater for anticipated changes coming with the new Incorporated Societies Act that is before Parliament. At the AGM the Board for the coming year will be elected.

Currently the Board has seven members. They come from the Junior, Youth and Senior sides of the Club as well as a former player. Under the new Constitution the Board will have a minimum of 6 members and must include a Chairperson, a Junior Chairperson and a Treasurer who will be elected at the AGM.

The Board’s focus is very much about governance with the day to day running of the Club being done by the Club’s management staff.

Service on a Club Board is a great way to donate your expertise and it’s also a great learning experience especially for those who may at some point might want to pursue a career in governance.

There is a growing acceptance that Boards need to be diverse and there is evidence that Boards who are, make better decisions. Towards the end of 2018 Sport NZ set a target for all sports organisations to have a minimum of 40 percent of each gender on all their boards – national, regional and local - by 2021. The Government at that time indicated that failure to reach the 40 percent ratio could affect a sport’s future funding from the Government.

Prior to election or appointment, every potential Board Member must consent in writing to be a Board Member and certify in writing that they are not disqualified from being appointed or holding office as a Board Member. A resume/statement of the nominee’s relevant qualifications along with the certification above needs to be received by the Secretary (Club General Manager) at least ten (10) clear days before the date of the Annual General Meeting. If there are insufficient valid nominations received, further nominations may be received at the Annual General Meeting.

If you’d like more information about becoming a Board member please contact our Club General Manager, Andrew Diver on email ecbayscricket@gmail.com or by phone 0275 825 693 or Club Chairman, Rod Schmulian on email rod_cricket@xtra.co.nz or by phone 0272 803 437

Lock in Monday 5th July 7pm at the Clubrooms as the date of the AGM.